Last week I do believe fall was in its prime. The leaves were vivid red, yellows, and oranges, the air was crisp and the sun was warm. Perfection. On Saturday, we enjoyed the weather the best way we know how to: a picnic in the park. Ben and I fell in love with picnicking in London and wanted to carry on the tradition here in DC. After a lazy morning in, we made our way to the supplier of the best picnic foods: Trader Joes. I suppose that is one thing that DC has over London. After gathering all of our treats we walked a few blocks over to Meridian Hill Park. It ended up being way cooler than expected and apparently the place to be if you were either a) working out, b) with your dog, or c) on a date. We approved. 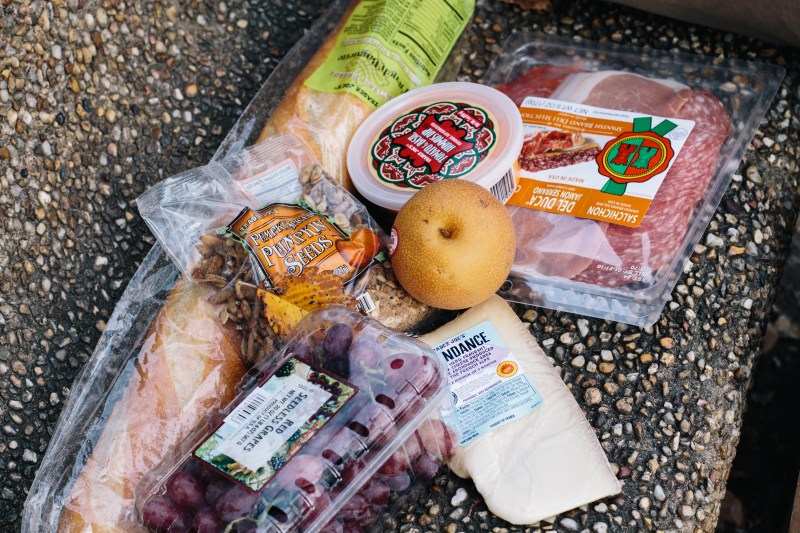 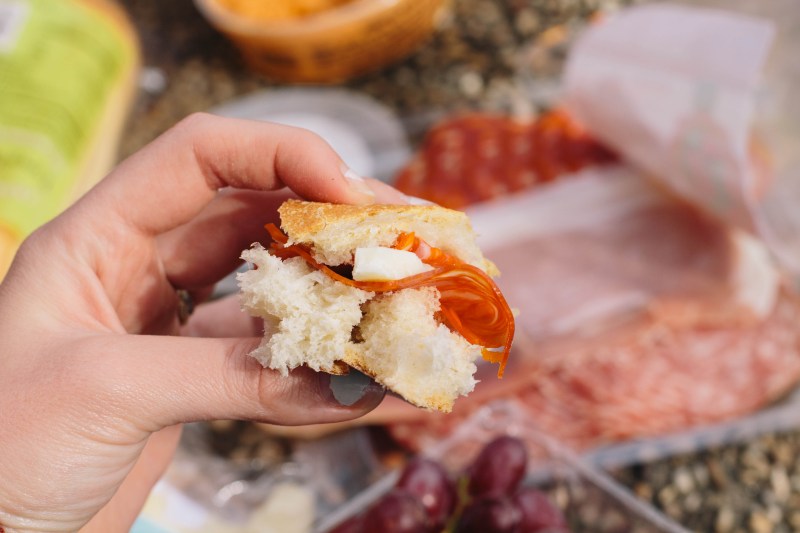 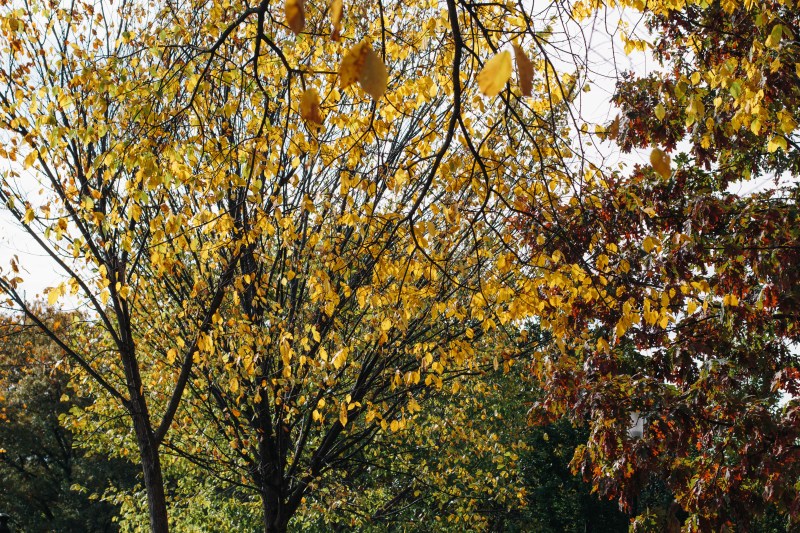 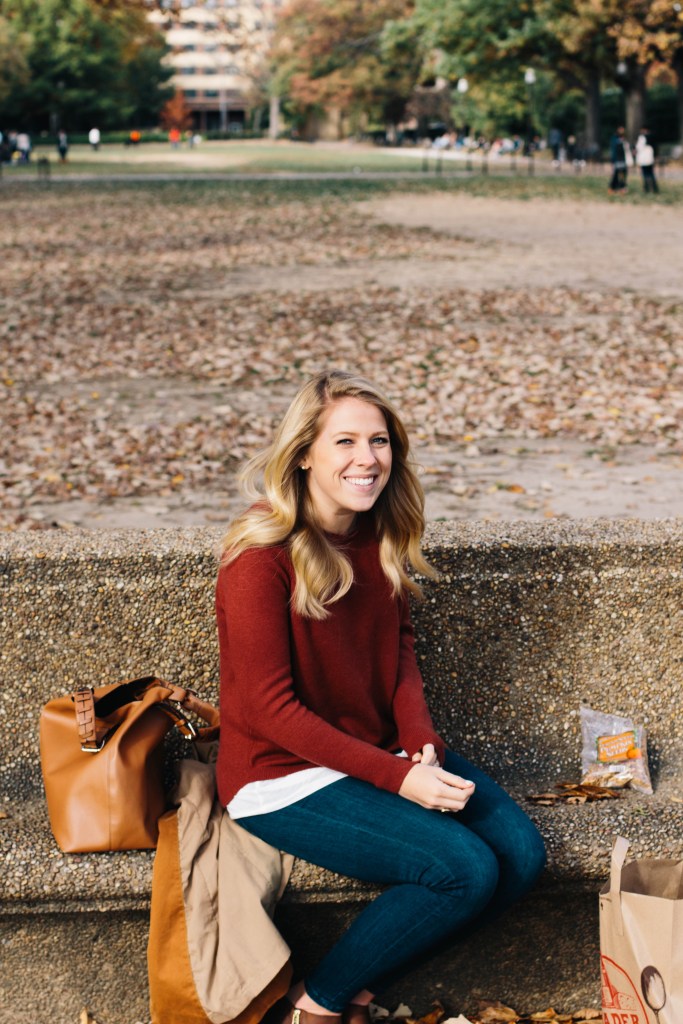 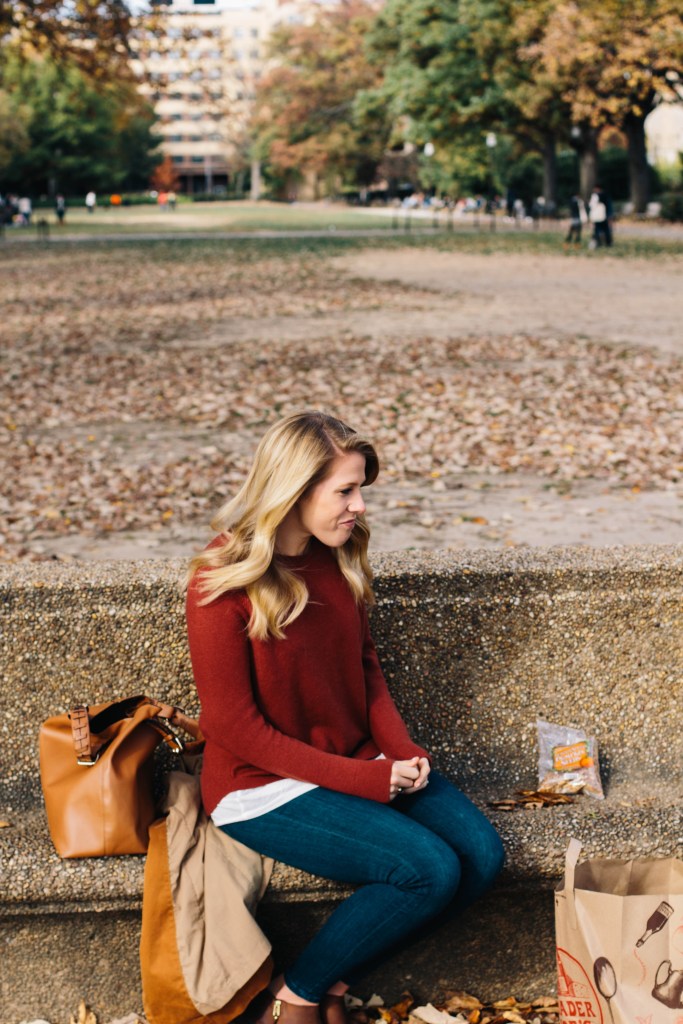 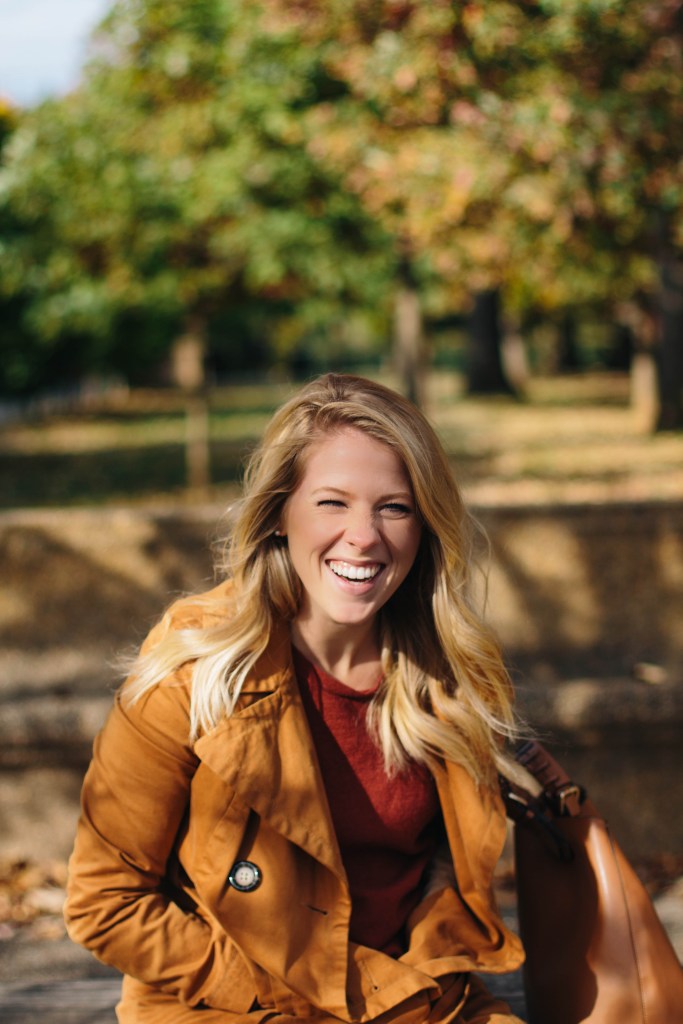 Thankful for a best friend and husband who is always just as excited to explore a new park and picnic as I am. Oh, and play in piles of leaves. We spent the rest of the afternoon walking around town and then hopping in a car2go, which was actually hilarious. We wanted to give it a try and it felt as if I was driving a little bubble or go-cart. But, hey, it got us from point A to point B.

Saturday morning Ben was ambitious and met up with Reed for a morning run while I moseyed around the apartment and soaked up day light savings. Then, it was pumpkin waffle time! Our beloved waffle maker made its big debut! While living in London, I was too apprehensive to give it a go due to my long list of appliances I accidentally blew up. RIP straightener, curling iron, magic bullet, and food processor. 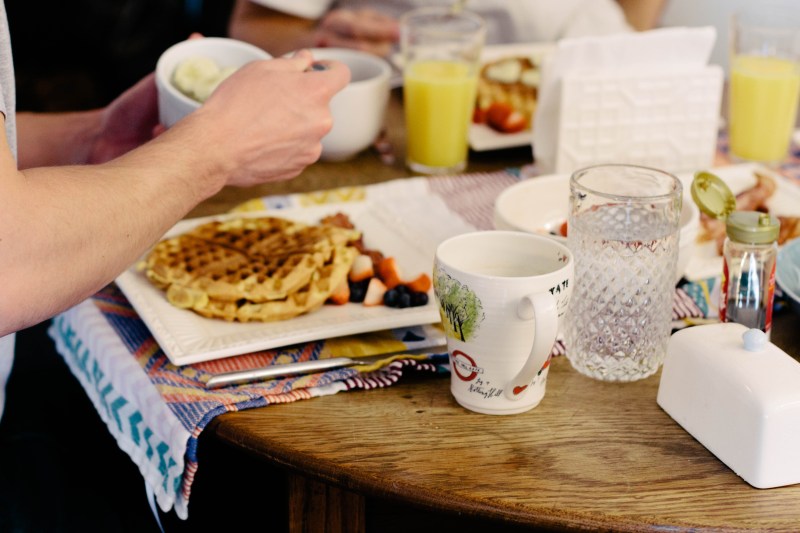 Any morning that begins with berries, pumpkin waffles, bacon, coffee, and London friends is a fine morning indeed. 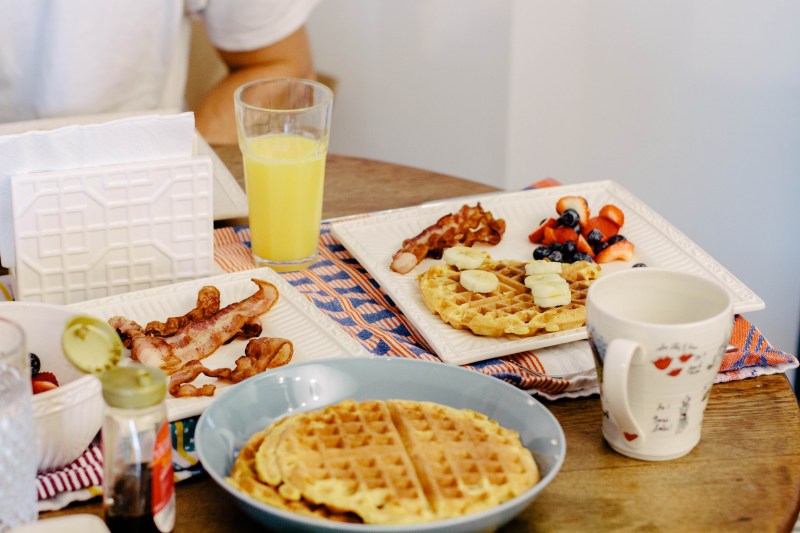