Words of wisdom coming at ya from the Radfords on a few things not to do!

Don’t think you’re outsmarting the Ryanair guidelines of two items per person and pack both of your carry on suitcases, your book bag as your carry on item, a purse, and a bag of food all stuffed to the absolute max when you aren’t flying Ryanair. You will be told to somehow get 6 bags to fit into 2. You also will probably have to wear 4 jackets on the plane with your book bag in between two of the jackets and make a fool out of yourself trying to zip your bag up. 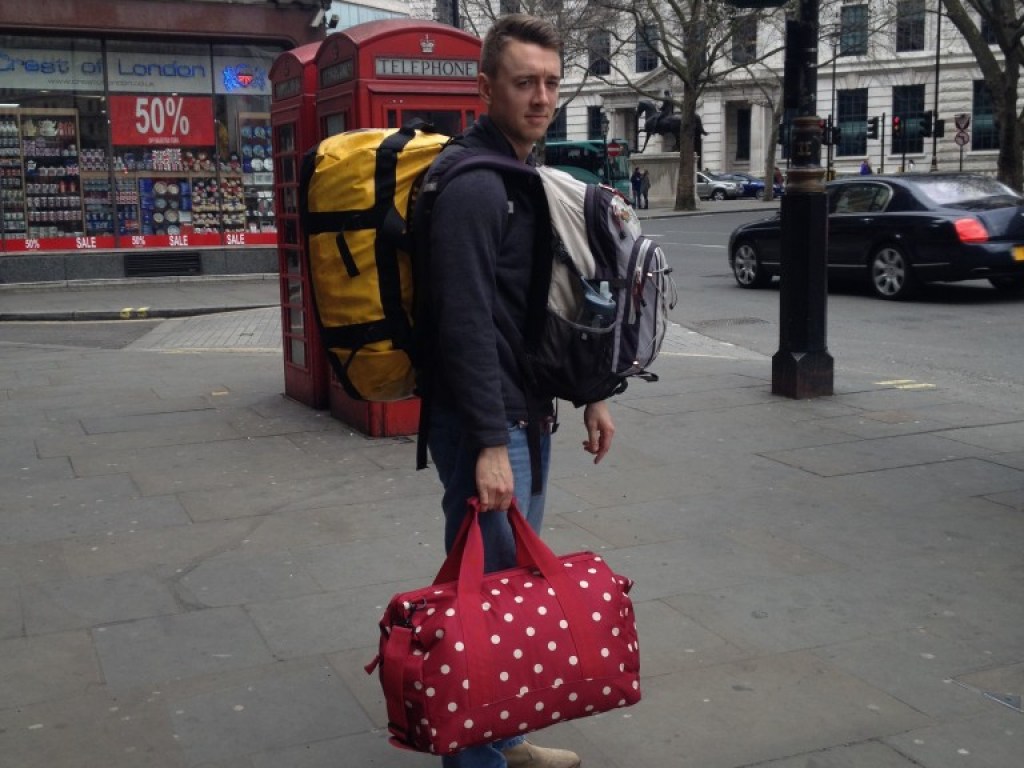 Don’t forget sunscreen and take a (long) nap on the beach in Crete. 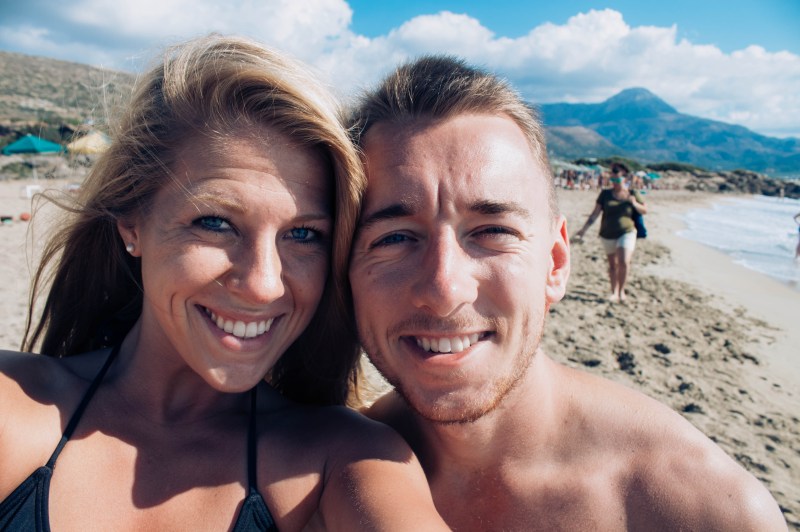 Don’t eat in Austria. Just don’t. Or rather, never point to something on the menu and think it will be a treat. Pizza is your friend in this country and white sausages floating in obscure liquid are not.

Don’t pass on the gelato in Italy even if the sample was awful. You will get scolded.

Don’t just follow the crowd. Let me clarify. When hopping off the ferry once you arrive in Santorini, just because they announce, “English speakers on bus 3,” it does not mean that is your bus. It does mean that you just cheated your way onto a tour bus, and halfway through you must grab your bags, escape quickly, and hope they don’t think they lost two travellers. Actually, on second thought, I do recommend this. We got a free ride to Oia along with a lot of history. 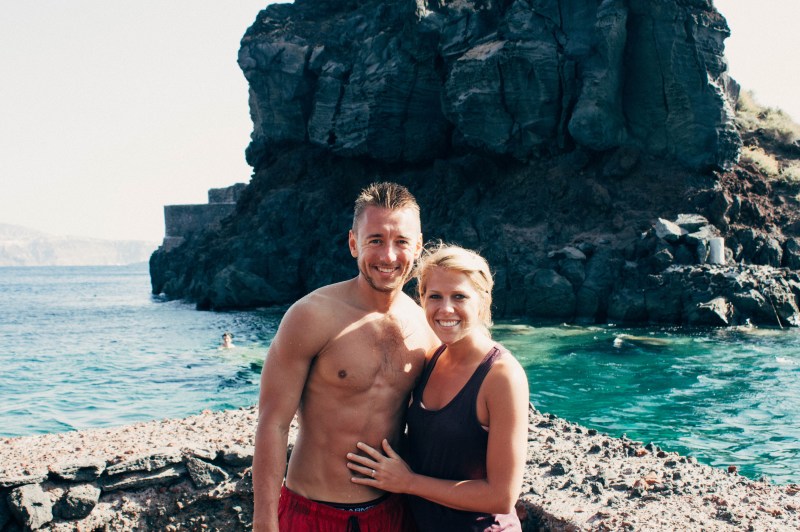 Don’t take a “nap” before going out in Barcelona. You will wake up the next morning without making it out.

Do not think you know more than the bus drivers in Rome. They are indeed going the right direction.

Don’t go to Cesky Krumlov in search of the moat guarding bears when it is clearly hibernating season. 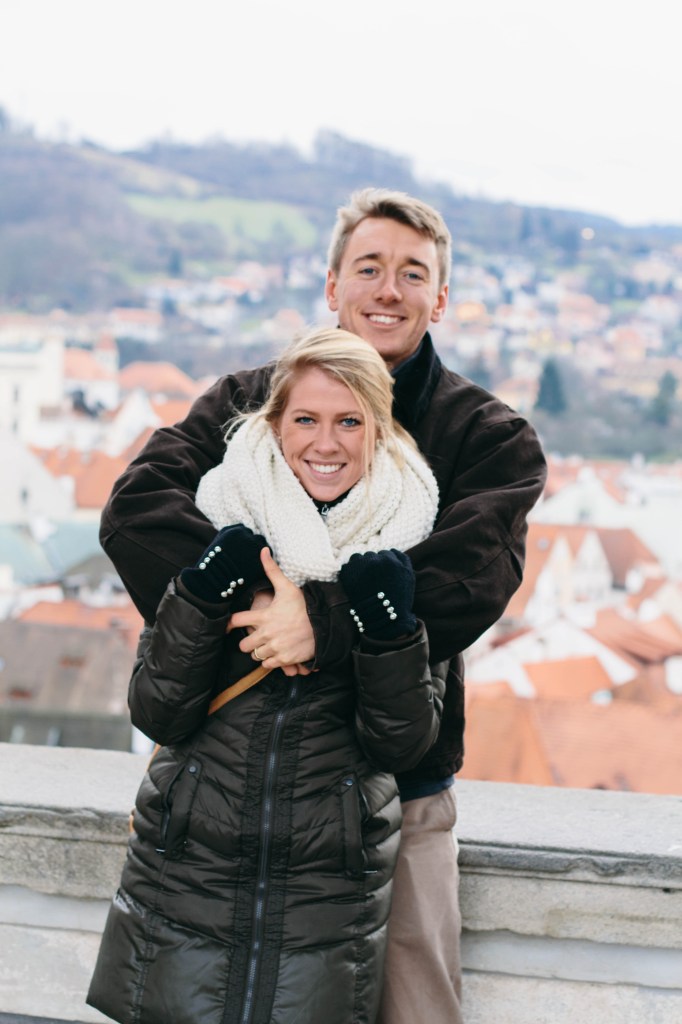 Don’t forget to print your boarding pass when flying Ryanair. You will be forced to pay 140 euros for the flight attendant to hit ctrl + p on her computer.

Don’t fly if you have bronchitis. People don’t seem to appreciate it.

Don’t sleep in a hostel without heat in the winter months. You might have to sleep in your overcoat. Don’t book a flight leaving very early in the morning to Munich, forcing you to take a 3am night bus to the airport on Halloween night. Although you may be bright eyed and bushy tailed, the zombies, kittens, and superheroes on the bus will not be.

Don’t book a 8 hour ferry from Santorini to Athens without ensuring you have a seat. 8 hours on the ground can be a bit much.

Don’t forget to bring some form of music when driving long periods in Greece. Greek radio stations might have to be your jam. Don’t forget to double check which bus station your airport bus leaves from. You might end up sprinting all over London, begging a bus driver to let you on, then proceeding to sprint through the airport with shoes and belt in hand. If your name is Ben you may have made it up an escalator in two steps. If your name is Carrie you may have audibly encouraged yourself that you can indeed keep running with your suitcase on your back.

Don’t forget to pack warm socks. On that same note, don’t forget to check the bottom of your boots to make sure there are no holes before packing them for a Christmas holiday where it may snow and rain.

Don’t “forget” to book a hotel and end up sleeping in an airport.

Don’t leave your roller blades in the States. I daily regret this decision.

Don’t expect the price at a market in Budapest to be the actual price of the meal. Apparently toppings cost more, and your meal will be one of the most expensive meals you have ever had.  Sneaky. 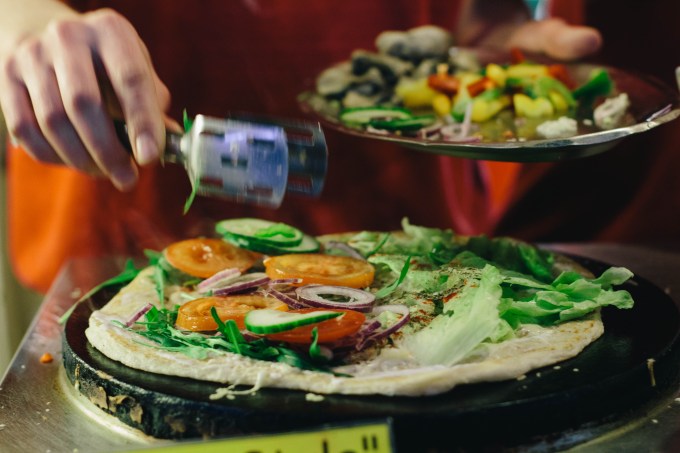 Don’t fall up the stairs in Paris, especially in the metro. It’s crowded and apparently the stairs have steel edges.

Don’t get to close to the edge when you are standing on a cliff in Ireland.

Don’t make Athens your last stop of a 17 day trip and expect to love the city.

Don’t be entirely too ambitious when staying on the top of the mountain in Salzburg and attempting to get back home at night from the bottom, in the rain, on your first night. Do take a taxi. 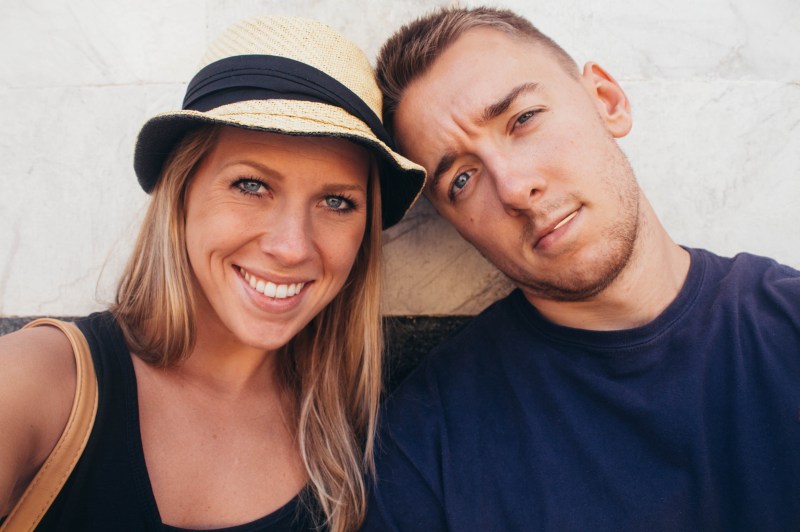 Just a few words of advice from the Radfords ;)