Jonas was not messing around this weekend and I didn’t mind it one bit. Thankfully the blizzard hit on Friday just in time for Ben to make it home for the (very) long snowed in weekend. It was perfect. I finished up work on Friday at home and Ben and I spent the evening watching the snow fall, sipping tea, and a whole lot of movie watching. After a long, slow, Saturday morning we decided it was time to brave the storm. The snow literally came past my Hunter boots and the wind was creating quite the sideways snow effect. 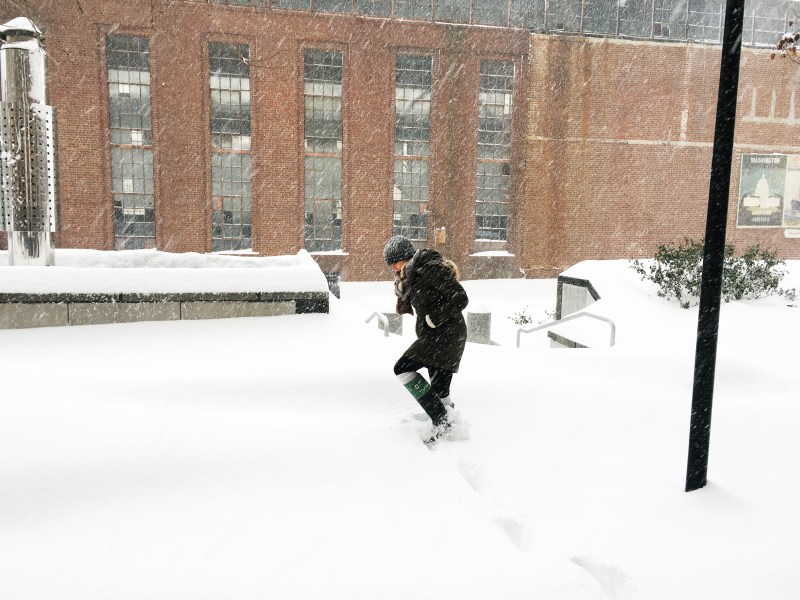 Our plan was for a simple snowy stroll, but when we found out Ted’s Bulletin was open, we were in it for the long haul. 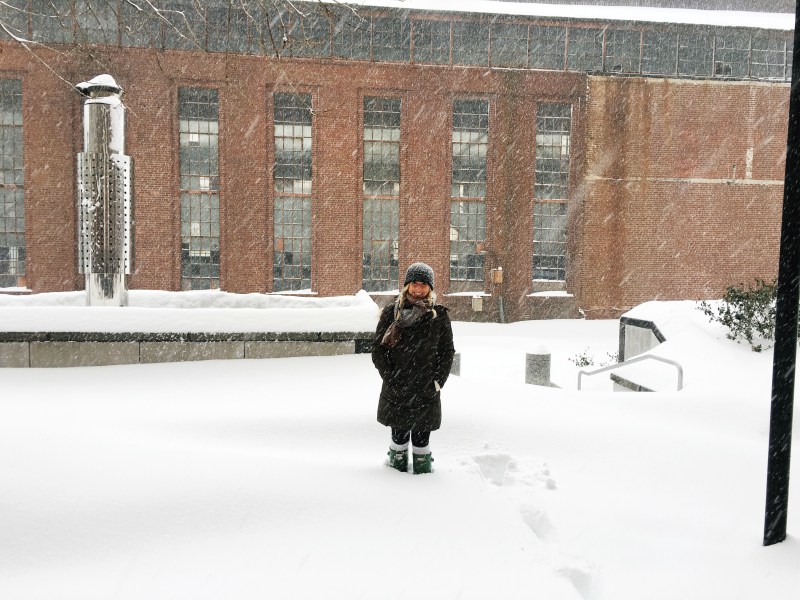 We spent a lot of the walk doing a backwards shuffle to avoid the gusts of snow right in the face.

We finally made it, icicles in hair and all. We found the perfect window booth with a view. It was pretty entertaining to watch the passers-by decked out in snow gear, or the sledders with unique choice of sleds, and other families also doing the backwards walk with snowsuit babies in tow. 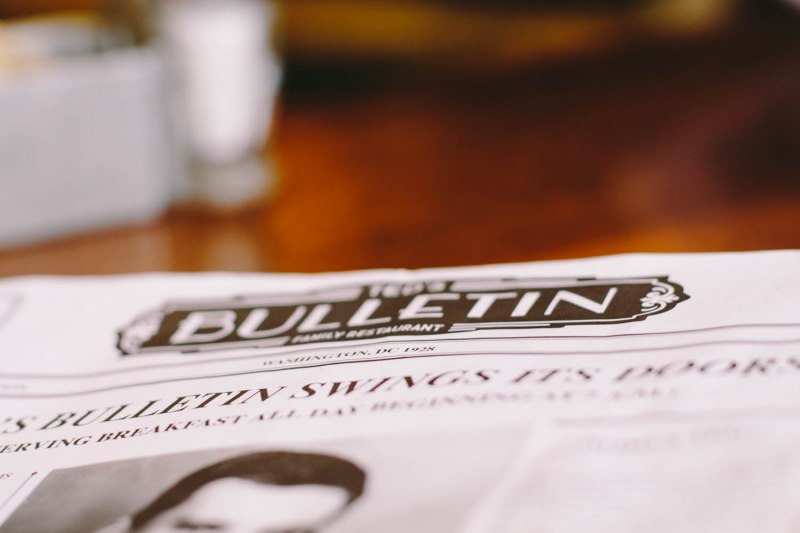 Their homemade pop-tarts are TO DIE FOR. If you live in DC and you have yet to try them, make this a priority in your life. We settled for the brown sugar and cinnamon and they were so kind to give us the blueberry cheesecake on the house. 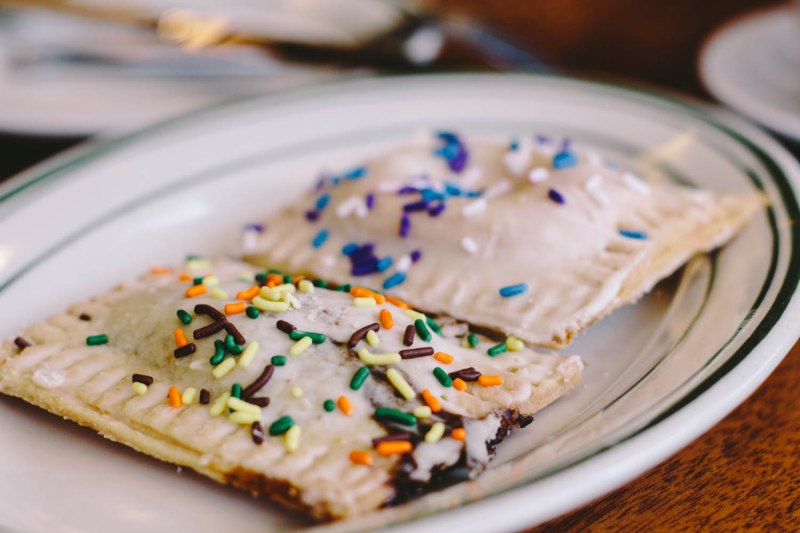 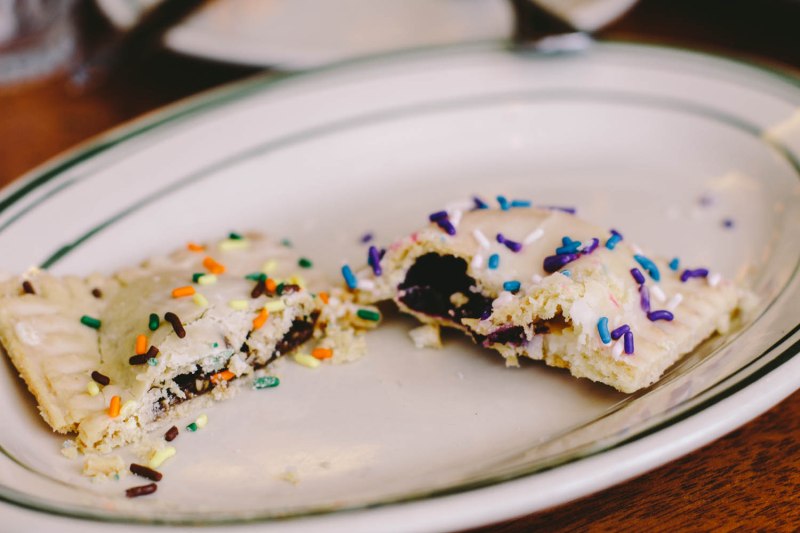 We warmed up over cups of coffee and had such a lovely afternoon. 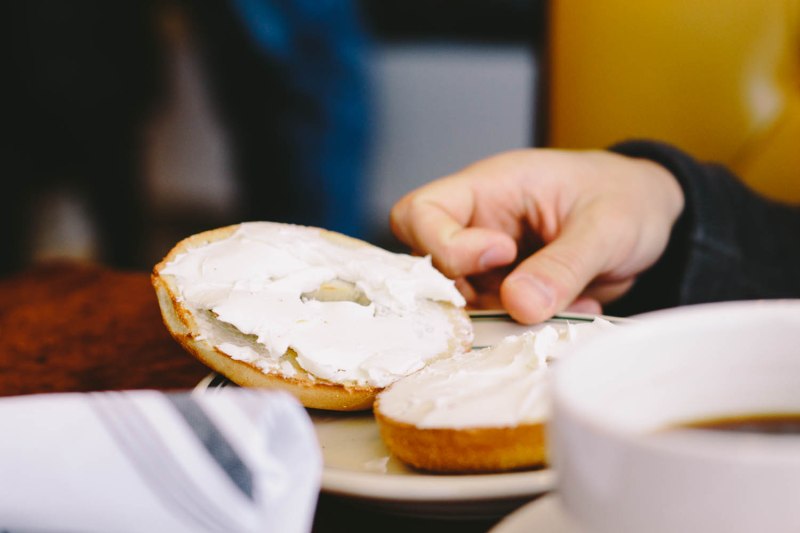 Then it was time to bundle back up and trudge back home. Thankfully the wind was in our favor a bit more than on the way, but the blizzard was overall picking up. I spent the majority of our walk home with my eyes closed and just holding on to Ben. 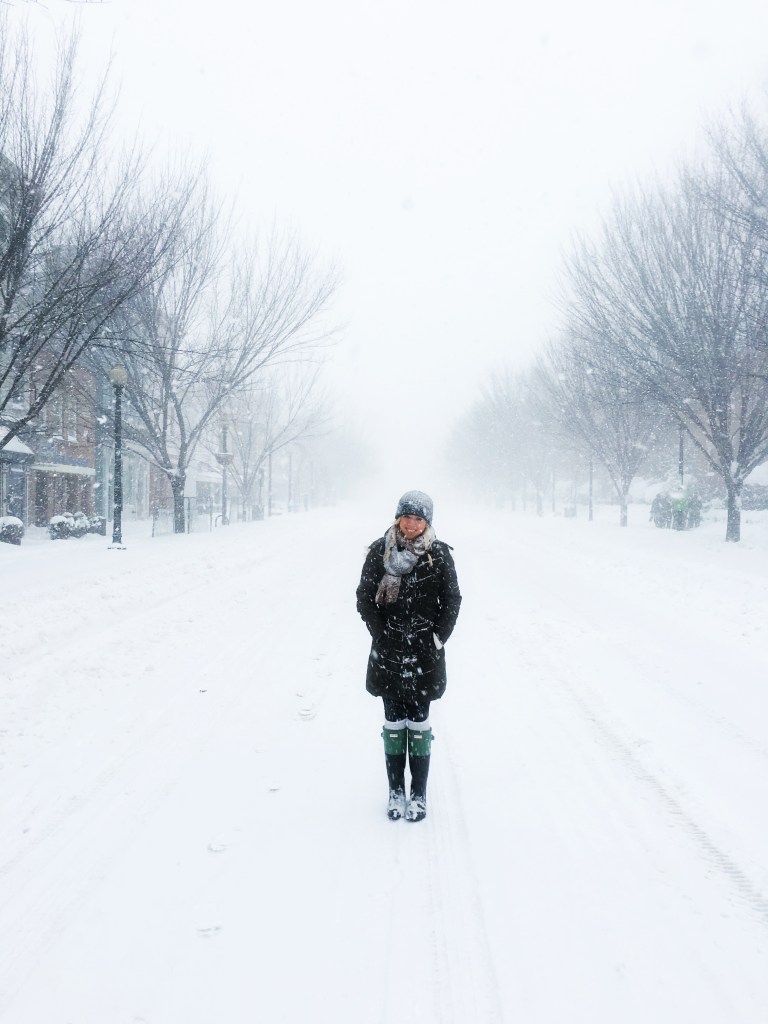 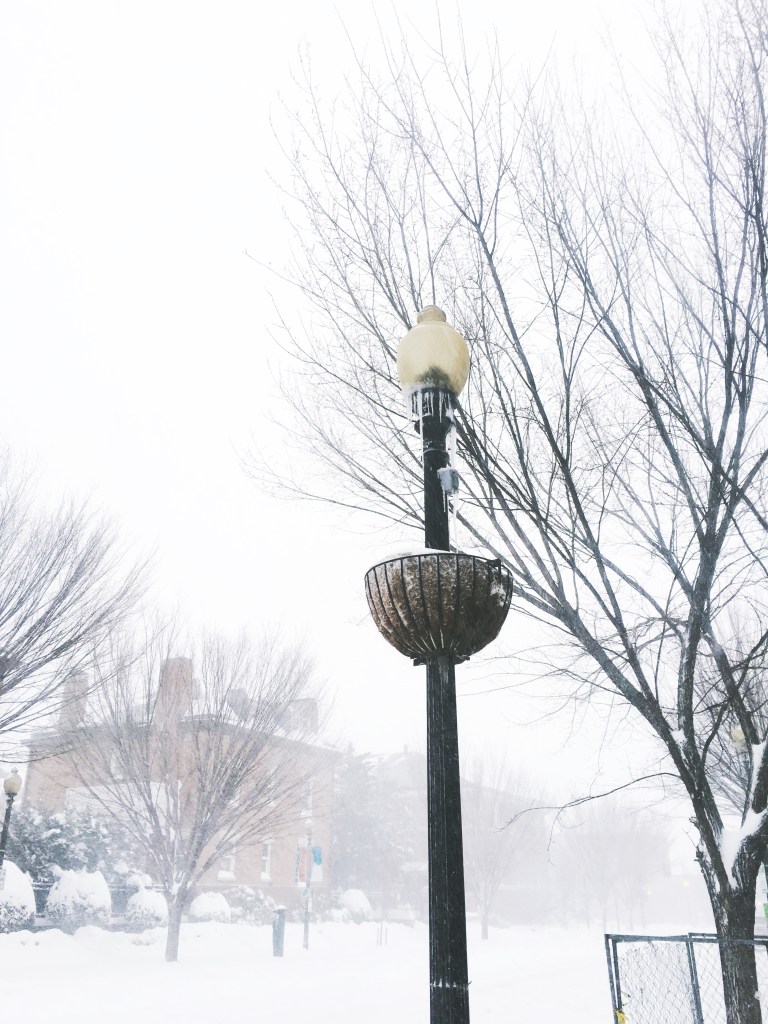 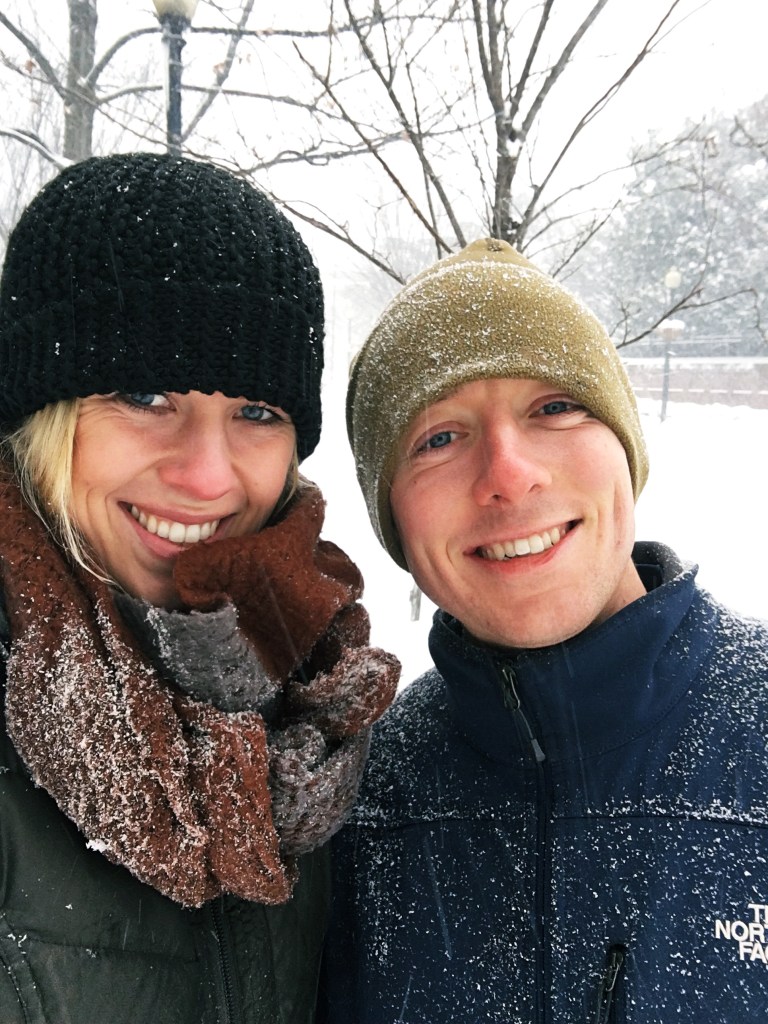 That evening we cuddled up with homemade naan pizzas (homemade naan bread has been our thing recently), hot chocolate, and more movies. 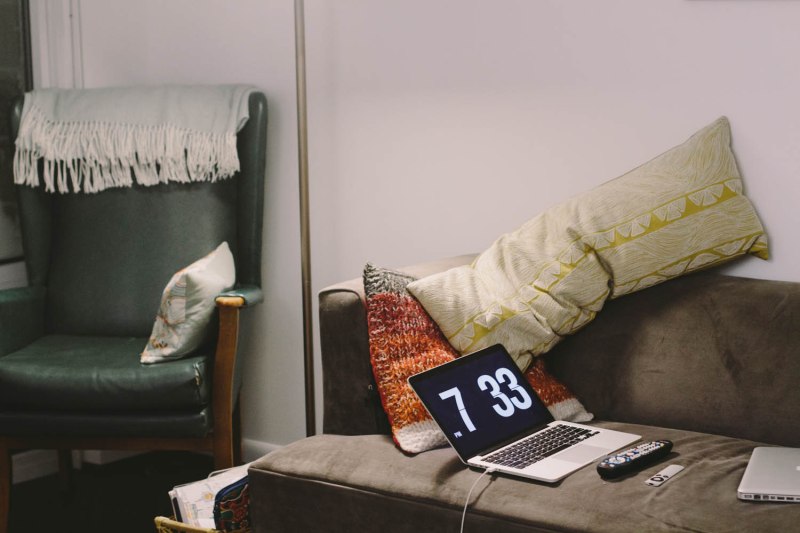 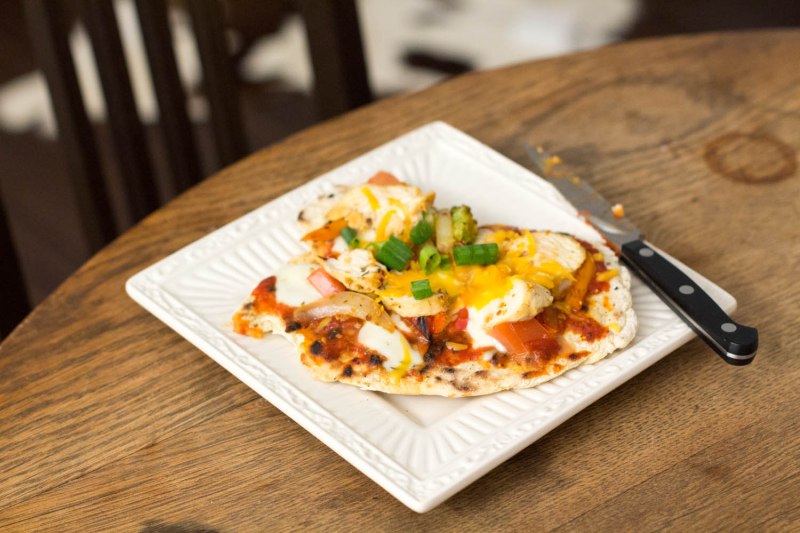 Sunday morning was a whole new scene. The sun was shining and the entirety of DC was covered in a blanket of white. We suited back up and made the trek to church in Eastern Market. It was fun to see everyone back outside walking through the snowy streets, making snow angels, and mostly shoveling. 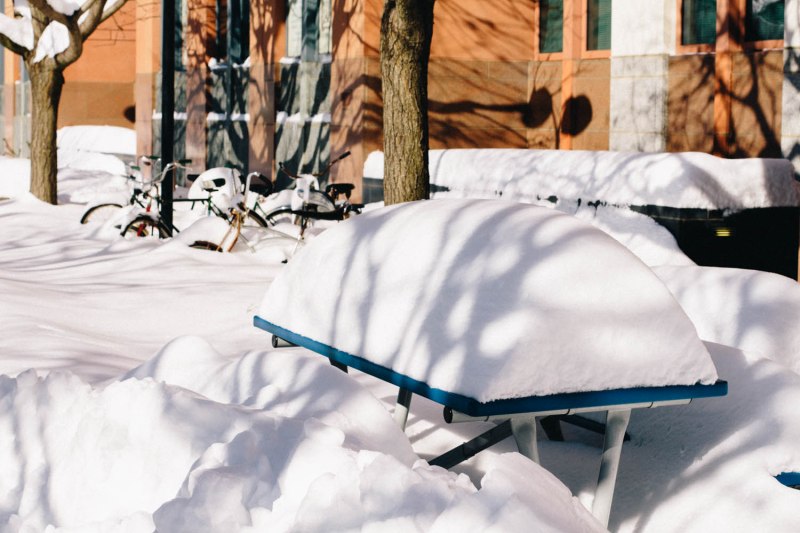 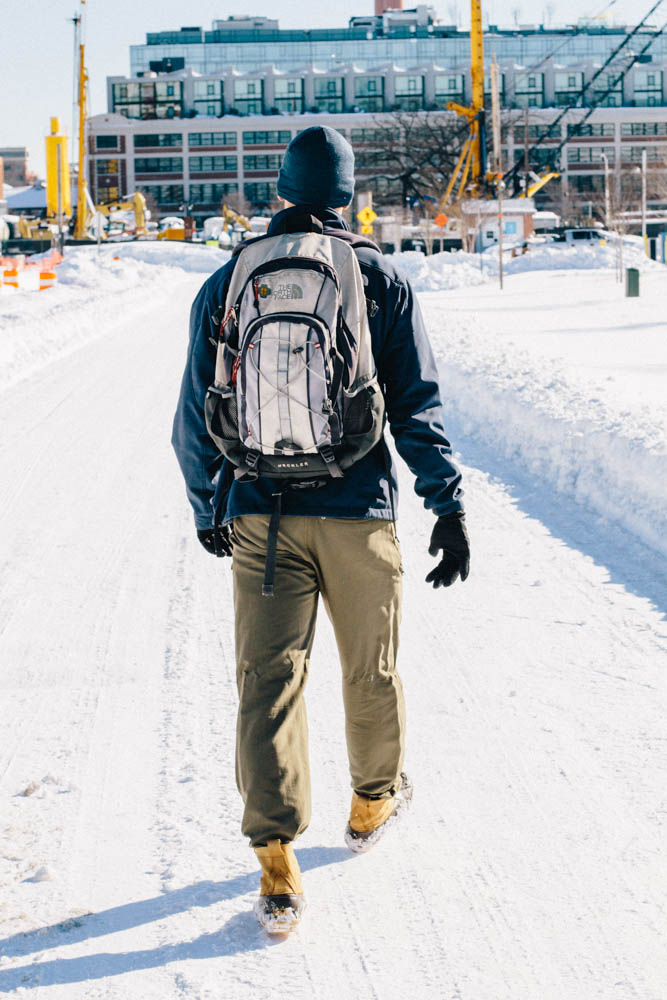 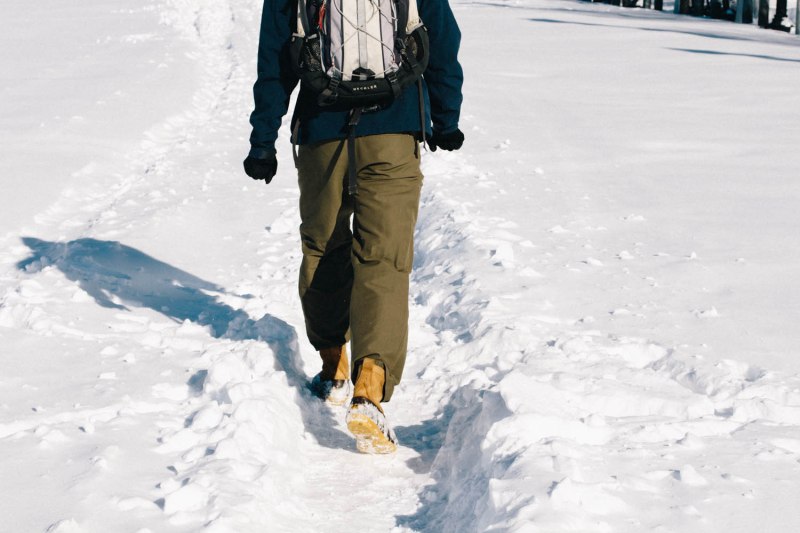 We were dying to go sledding on Capitol Hill, but alas, no sleds. Note to self to add that to a list of things we need to acquire. It would have been perfect though. We also planned to build a snowman on top of our roof, but that was quickly shut down when we found a locked roof access. Two strikes. Maybe in the next blizzard. 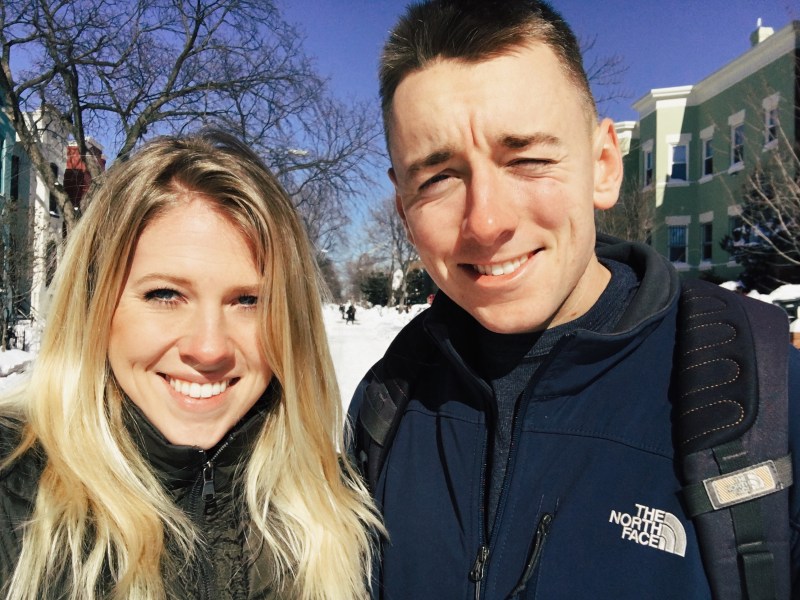 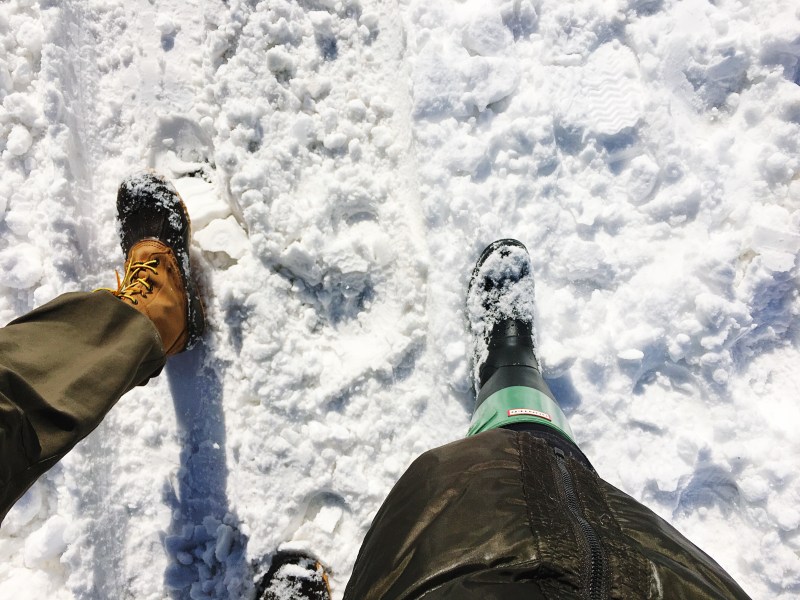 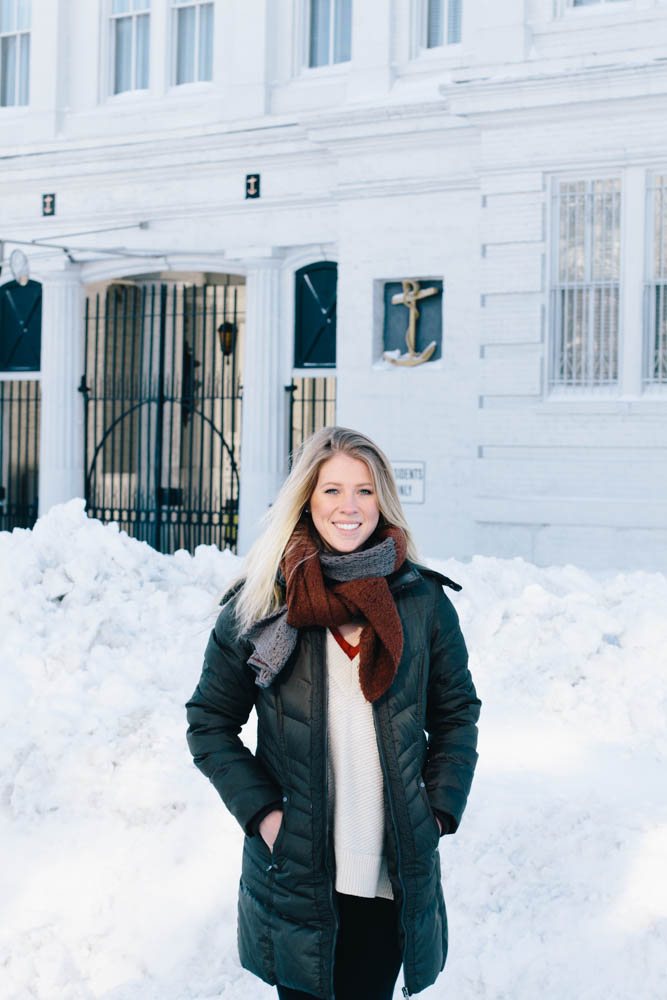 I’ll take being snowed in any day with Ben and I am quite thankful I got an extra long weekend with him.  I’ll take all the extra days I can get!